MT. RAINIER, Wash., (August 18, 2015) — Today marks 40 days until Torklift International President Jack Kay intends to summit Mt. Rainier in celebration of the company’s upcoming 40th anniversary and to announce a new product to be named after the venture. 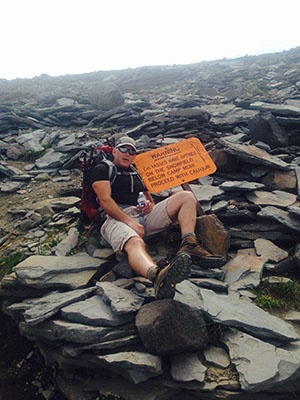 “I’ve been training for this climb for over a year,” Kay said. “The mountain is the highest peak in the United States at roughly 14,400 feet.”

Torklift International celebrates its 40th anniversary of business in 2016 where a special anniversary product will be released for sale. The product will be named “Summit,” after the climb and will be announced once Kay reaches the top of Mt. Rainier.

“The product will remain a secret until Sept. 28, when the peak is reached,” he said. “While I can’t tell you what the product is yet, I can tell you it will encompass storage, security and will work as a universal product.”

With the unseasonably warmer weather, Mt. Rainier is experiencing a lower than normal snow pack resulting in a large amount of exposed rock rather than snow.

“Climbing Rainier will involve different techniques to safely reach the summit,” he added. “There is a higher concern for rock slides but my primary concern is altitude sickness because that can affect anyone regardless of fitness level.”