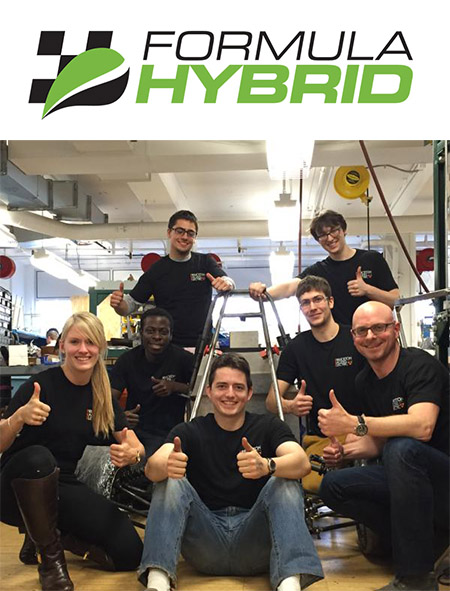 The team of students from Princeton University contacted Torklift after they came across a solar-charged aluminum battery box featured on our website www.torklift.com. This off-the-shelf solution would help them with the construction and function of their electric hybrid racecar. This organization of students formed the Princeton Racing Electric team. The team focuses on innovation and hands-on engineering experience while tackling the challenges of the renowned Formula Hybrid competition. The racing event includes a series of events testing the performance of each open-wheel, single-seat racecar that concentrates on innovation, fuel efficiency and most importantly education.

How could Torklift help? As experts when it comes to battery charging and efficiency, students on the team found the Torklift PowerArmor Solar battery box an influential addition as they crafted their electric vehicle.

Princeton Racing Electric team with their racecar for Formula Hybrid 2015

It was important for us to learn more about the experiences of Princeton Racing Electric team. We also are curious as to how the PowerArmor Solar contributed to their overall vision. 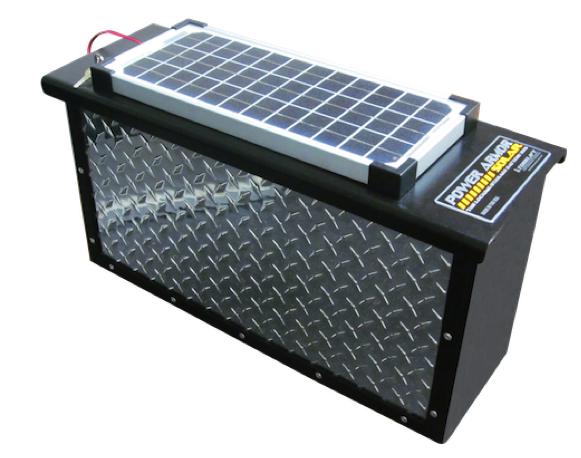 PowerArmor Solar battery boxFully charged
Torklift International PowerArmor Solar is a solar-powered aluminum battery box that is incredibly lightweight and durable, ideal for the rigorous standards and high voltage battery system of the racecar. Traditionally the locking battery box is used for increasing battery life of RV batteries. The locking capabilities prevent theft while a 10-watt solar panel maintains batteries within, keeping them healthy and ready for use at all times. 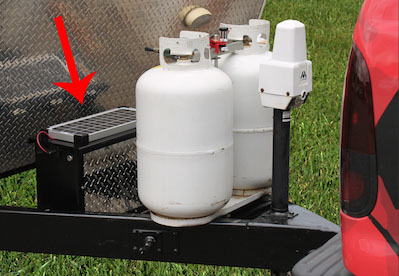 Torklift: What was the team’s favorite part of the 2015 Formula Hybrid race?
Princeton: For the team, the best part of Formula Hybrid was arriving at the competition, meeting the other teams and seeing the cars they’ve come up with. While school rivalries are fierce, there is a great sense of camaraderie amongst all of the schools… Teams sharing tools and ideas all in an effort to help each other make it past the rigorous technical inspections. It’s a sight to behold and it was an amazing feeling for us to be a part of that story this year.

Torklift: What was the most significant challenge your team faced during the building process? Were you able to overcome?
Princeton: The most significant challenge the team faced was lack of technical expertise in the area of battery-electric powertrains during a large portion of the project. While our mechanical systems were close to completion by mid-February, powertrain development lagged behind. The powertrain of the vehicle was by far the most technically complex system on the vehicle, not only because it was electric but also because there were pages upon pages of technical regulations regarding installation of several safety and shutdown systems of the vehicle. At the end of February, we were fortunate to take on a new member with a good background in other kinds of electronics. With his positive attitude and interest in project, we were able to turn things around. Powertrain development began progressing enough for the team to believe we could get the car running in time for the competition.

Torklift: How did you use the PowerArmor Solar battery boxes?
Princeton: The PowerArmor Solar boxes were used as a lightweight and compact container for the vehicle’s batteries and shutdown circuitry. We mounted a battery box on each side of the car, placed inside of a steel tube cage, which was integrated into the chassis design. Each battery box contained two 24 Volt Li-Ion battery packs which were connected in series for a total vehicle pack voltage of 100V.

The series connections inside each box were easy to make, as there was space for both batteries and additional safety circuitry in each PowerArmor Solar box. The aluminum composition was important for the racecar because it was lightweight. Aluminum is also corrosion resistant which ensures the structural integrity of the box for years to come. It also acted as a firewall if anything were to go wrong with the batteries. The batteries sit right next to the driver on each side. While the chassis itself already has firewalls installed, the aluminum battery box served as a second layer of protection.

Torklift: In what ways did the Power Armor Solar contribute to the success of the racecar?
Princeton: Having a complete off-the-shelf solution that met our strength and weight requirements freed up manpower to tackle other incomplete areas of the vehicle. Due to its rigid aluminum feature, we ended up mounting a few extra safety systems such as high voltage indicator lights, fuses and relays directly inside each box. Since they could be secured inside of the battery box, it meant that we could isolate our entire high voltage battery pack and monitoring systems from the rest of the car. The team liked the diamond plated aluminum boxes with black powder coated trim because it looked sharp, too!

Torklift: Why is the Formula Hybrid important to students at Princeton University?
Princeton: Formula Hybrid teaches students about the importance of time management, good communication skills and practical engineering design. Formula Hybrid cars are primarily constructed by Princeton students working with a small budget. This forces students to think critically about ease of manufacture and cost effectiveness of each part they design. Students who have a solid grasp of these skills and concepts are highly desirable by employers in the industry.

In conclusion, Torklift International is extremely impressed with the students of Princeton University and their commitment to exploring applied engineering and management.

We wish the best of luck to Princeton Electric Racing team in next year’s Formula Hybrid competition!