What accessories are available for my Airstream? 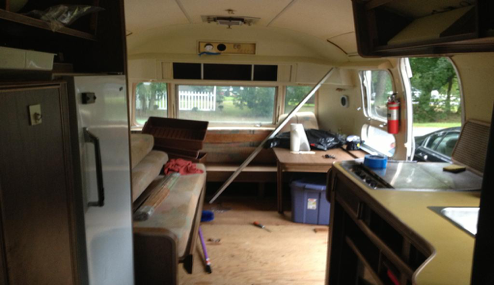 Airstream trailers are one of the most desired in the industry. They’re a blast from the past that is here to stay, and making quite a comeback in recent years. There’s a good reason why too – Airstreams have a certain quality about them that people just intrinsically love. There are all kinds of amazing modifications you can do to this “silver bullet.” You can do little upgrades such as adding lights, a propane tank lock, a new fridge or stove, or go big and design a new Airstream layout. A great way to find mods to Airstream trailers is looking at the Air Forums, particularly on this renovation that forum user Katheryn did. She brought her Airstream trailer back to life! She had her work cut out for her too.

Katheryn added new upholstery and color. Below is how it turned out: 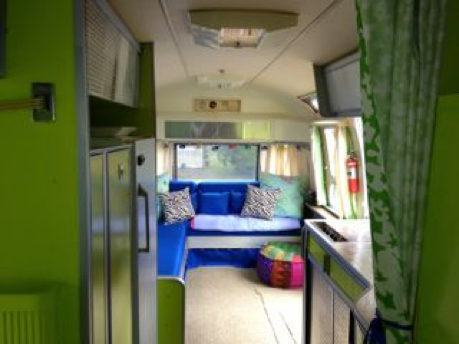 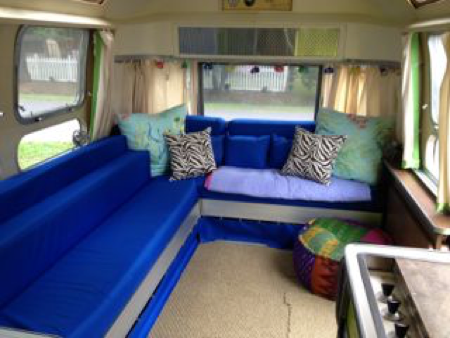 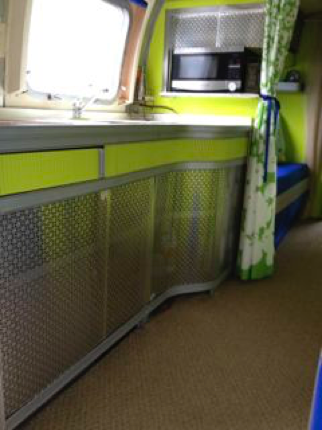 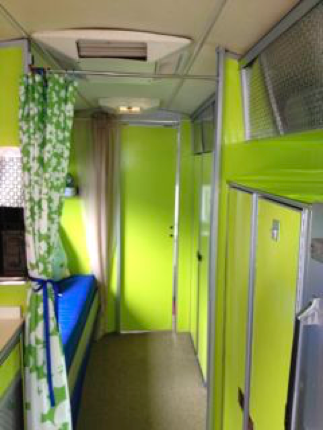 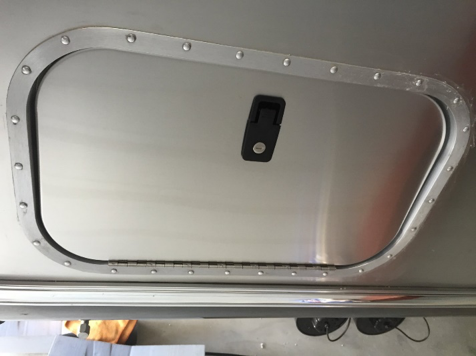 When it comes to exterior upgrades such as replacing the skin (aka the outside) of Airstreams, adding your own individualized touch with cute Pottery Barn furniture or customized lighting – the possibilities are endless. Air Forums user Bilbo added a DIY storage compartment to the exterior of his Airstream.

He converted a queen bed into two twins and wanted to take advantage of the new under bed space. He took measurements and went to work with a metal cutter. On his thread, user Bilbo stated the longest part of the project was building up the confidence to drill into his “baby.” Props to you Bilbo, it turned out great! With so many possibilities you might be wondering: what other options are available for my Airstream?

What is the Fortress GasLock and why do I need it for my Airstream? 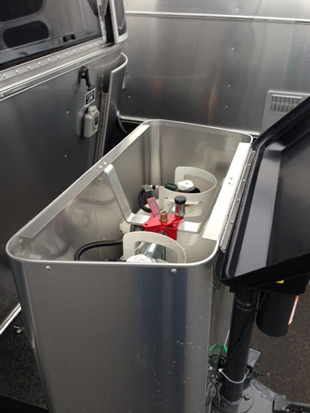 Torklift has designed a product that can safely secure your propane tanks to your threaded rod assembly to prevent potential theft of your tanks. As an added bonus – it’s designed for dual tank usage that is prevalent on Airstream trailers.

Constructed out of military grade aluminum with high impact powder coat, this is the only lock available that is specifically designed for RV propane tanks in the industry. This product is an affordable investment that will in the end, protect your investment. With propane tank theft on the rise, you won’t be left with a missing propane tank or expensive repairs.

Features of the Fortress GasLock include:

• Avoid typical propane tank theft repairs exceeding $500
• Allows tanks to be quickly locked when mounted to trailers, towables and RVs
• Does not interfere with LP tank valves and can be filled while locked
• No tools, no modifications, installs in seconds
• Affordable investment
• Designed for dual tanks
• High impact powder coated military grade aluminum
• Fits available for all applications
• Only lock available for propane tanks in the industry
• Proudly made in the USA 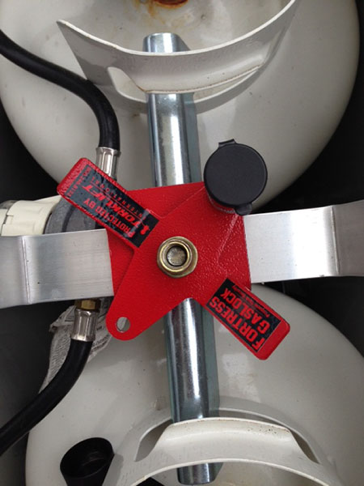 How much does it cost?
The Fortress GasLock propane tank security starts at $70.99 and is available through our Certified Dealers which you can find here.

The Fortress GasLock is the only official propane tank lock in the industry and is proudly made in the USA. If you’re like other Airstream owners – you care deeply for your trailer because it’s not only the perfect place to camp, but part of the family. Don’t you want to have peace of mind every time you leave your trailer – knowing that your family member is safe from potential theft? For more information on the Fortress GasLock contact us at 800.246.8132 or email at: support at torklift.com.

Written by Shyann Guerra:
Being in an environment in which I can problem solve is where I flourish. Every answer to a problem leads me to a new concept to understand or a lesson to learn. When I'm not solving problems I enjoy camping and going to festivals with my family - from the local city center festivals to the mountains of Wenatchee at the Winter Grass, blue grass music festival. Experiencing culture is where my heart is content.

While traveling on vacation, we shouldn’t have to worry about the security of our propane tanks. Propane tanks are an essential part of RVs; they heat our RVs, allow us to cook our food or keep food cool, and power many other amenities. To ensure that we are getting the most out of our road trip or camping getaway, we need to know that our propane tanks are secure and safe. 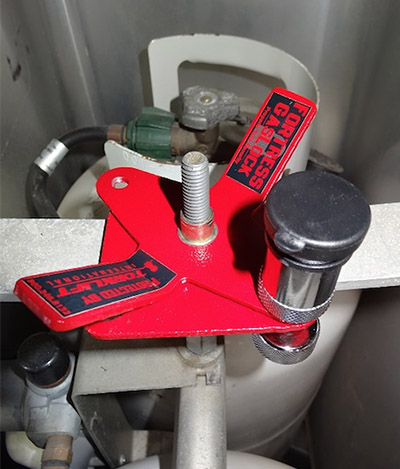 Forum user installed Fortress GasLock on Airstream trailer
Unfortunately, there are people out there who feel they can take what does not belong to them. When thieves steal or tamper with your propane, it not only costs money to replace the propane, they can also inflict damage to your equipment. It is both expensive and a hassle to repair any damages inflicted upon your tanks and trailer.

Put your mind at ease
Torklift International has the solution with the Fortress GasLock. This lock is a part of Torklift International’s line of security products. It is constructed from military grade aluminum and is proudly made in the USA. This propane tank lock secures tanks when mounted to trailers, towables, and RVs. It is the only lock available for propane tanks in the industry and now works with all Airstream trailers. This product will allow you to enjoy your travels comfortably while assured of your propane tank’s safety. 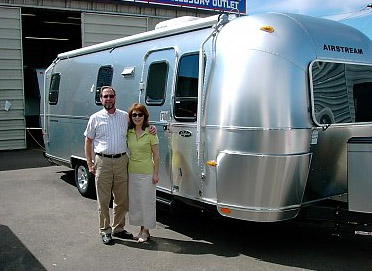 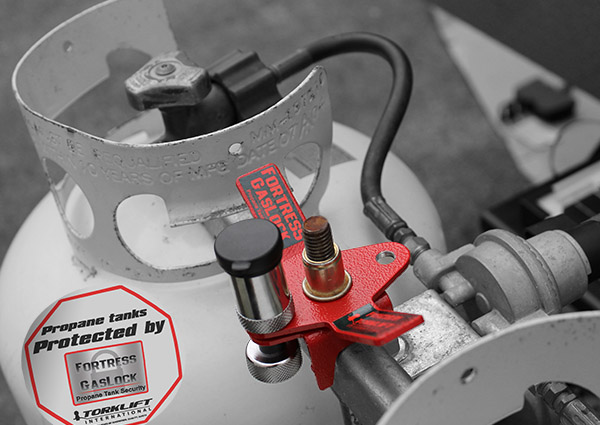 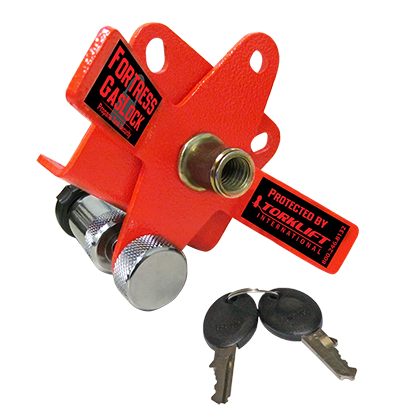 The Fortress GasLock is a great investment to make to prevent damage and expenses from theft and tampering. Satisfied customer Lauren Jensen says, “I feel a lot safer about my expensive camping equipment since using PowerArmor and Fortress GasLock. They give me peace of mind.” Torklift International values its customers and has developed this line of security products all backed by our legendary lifetime warranty to help ensure the safety of your valued property.

Click here to learn more about the Fortress GasLock or browse other RV security products at www.torklift.com. 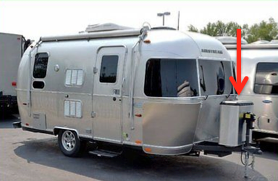 Several years ago a Torklift customer contacted us about his propane tanks being stolen and wanted to see if we had a solution for him. At the time we didn’t, so our engineers put their heads together to see what they could come up with.

Several meetings and design sessions later, the Fortress GasLock was developed. It remains the only solution to lock up propane tanks.

For your LP tanks 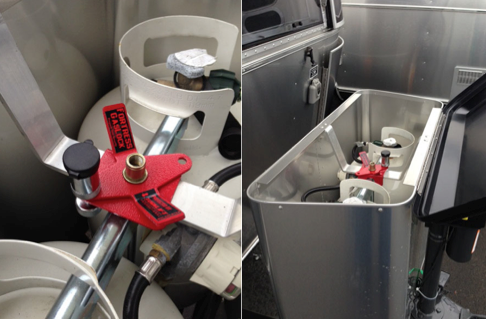 The threaded rod runs down the center of a dual propane unit. The Fortress GasLock threads onto the threaded rod. It features a specially flanged wing design to fit perfectly between the propane tanks housed on an Airstream trailer that is unique to Airstream. A deadbolt style lock secures the entire mechanism into place.

For Airstream owners, the Fortress GasLock is now securing both the expensive propane tanks and the special $800.00 Airstream tank cover. 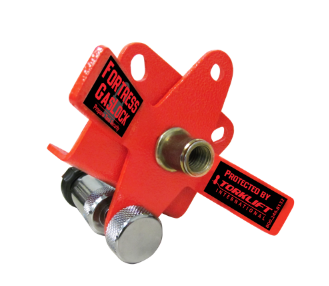 Fortress GasLock for Airstream
The propane tanks are accessible while they are locked down so there is no need to remove the locks while camping. Simply unlock if ever you decide to remove your propane tanks.

Don’t be fooled
That number above is misleading. There are other costs that you can’t put a dollar figure on. Did you have to cancel your camping trip after noticing the propane tanks were stolen the same day you were trying to leave? Did your propane tanks get stolen while you were actually at the campsite? Talk about inconvenience.

Breaking Bad
Have you asked yourself why propane is being stolen?

As depicted in the AMC hit show Breaking Bad, propane tanks are commonly stolen to use for ammonia in creating methamphetamine. It’s known to be a critical ingredient in the deadly drug. The Fortress GasLock protects you from this type of theft.

Overall, Torklift engineers created the lock for LP tanks to address a common problem and provide a suitable solution. Now RVers can gain peace of mind while your trailer is stored at home or at the campground.

“I feel a lot safer about my expensive camping equipment since using PowerArmor and Fortress GasLock. They give me peace of mind.”
-Lauren Jensen

Take a look at some of Torklift’s popular security products by watching this video: